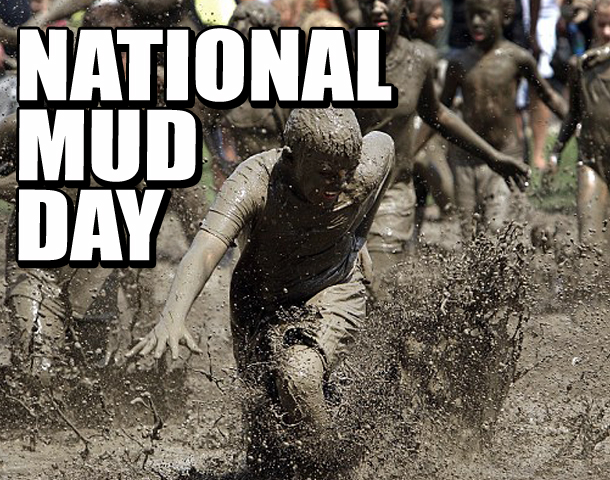 The President thought it would be fun for kids across America if they could play in the mud for a few days. Muddy events mandated by the government include wheel barrow races and limbo as well as the crowning of the King and Queen of mud, based on their creative use of mud.

Eight-year-old Shirley Williams  was chosen as the Queen of Mud, and rewarded with a muddy crown by Melania Trump.

‘It’s fun getting mud all over you,’ she said. Mud is a well-known skin purifier, so it just might be that the mud-slicked children of Westland have the healthiest skin in the nation due to their annual mud bath treatment. Members of Congress will also be required to participate in National Mud Day. National Mud Day will become an annual ritual of wallowing, playing and hanging out in a massive pit filled with 20,000 gallons of water and 200 tons of topsoil proved as popular as ever this year.

All American children will be mandated to participate in National Mud Day.